Zebra Mussels in Manitoba: Here are the facts

If you live in Manitoba, you are likely familiar with the annual advisories encouraging lake users to protect our bodies of water from invasive species, such as zebra mussels.

But do you really understand why zebra mussels are dangerous to our water? Moreover, what can you do about them?

First up, what are zebra mussels?

Zebra mussels are small (typically smaller than two cm) freshwater molluscs originating from the Ponto–Caspian region of Eastern Europe. Zebra mussels are filter feeders. This means that they filter and eat algae and other particles from the water.

Unlike nearly all other freshwater molluscs (such as clams and snails) zebra mussels grow while attached to hard surfaces such as rocks and plants and, unfortunately, boats, motors and water intakes. One of their other unique qualities is the density in which they congregate. For example, it is common to find more than 10,000 individual mussels per square metre on hard surfaces. 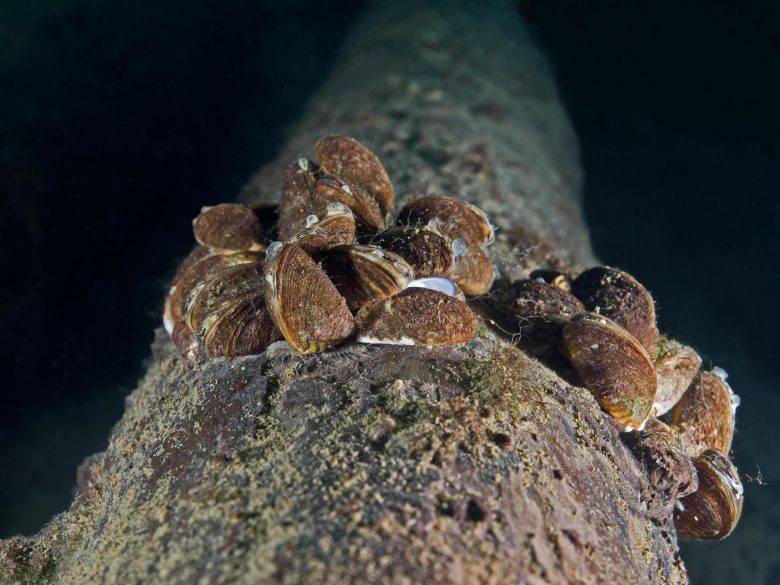 When did zebra mussels arrive in Canada?

Zebra mussels were first detected in Lake Erie in 1986. Within a few years, they had spread all around Lake Erie and into the rest of the Great Lakes. Within 10 years, zebra mussels had travelled from the Great Lakes to smaller inland lakes, through the Mississippi drainage to the Gulf of Mexico. They now occupy over 800 lakes, mostly in eastern North America.

Do we know how zebra mussels first arrived in Manitoba?

We will likely never know for sure. The current weight of evidence, however, suggests that they came in via the Red River, either in the form of a veliger (the planktonic larva of many kinds of sea snails and freshwater snails), or as adults floating down the river, attached to debris or plant material. It is also possible that they arrived overland attached to a boat or other equipment being transported from an invaded habitat. The closest invaded habitats are in North Dakota and Minnesota. 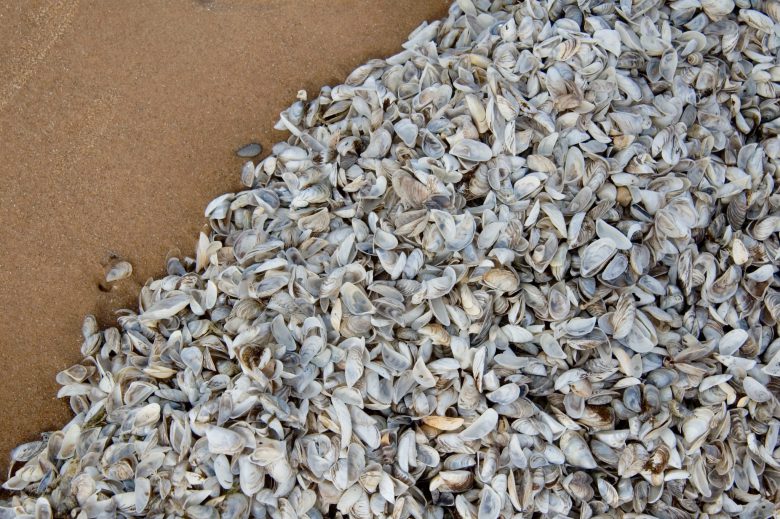 What effects will zebra mussels have on aquatic ecosystems in Manitoba?

The short answer is that this will depend on the size of the zebra mussel populations that establish themselves. In some places, zebra mussels are able to filter the entire volume of water within a lake within a few days, removing algae and other particles from the water. The reduction of algae (i.e., food) has led to declines in fauna (i.e., insects and fish) in some lakes. Because the mussels live at the lake bottom, this is also where they release their nutrient-rich waste products that can stimulate plant growth at the lake edges. In some cases, like the Laurentian Great Lakes, zebra mussels have caused large shoreline algal blooms that were unsightly, released noxious smells and promoted high bacterial growth when decomposing.

What will we likely see in Lake Winnipeg specifically?

The limiting factor for Lake Winnipeg will be the availability of hard surfaces (rocky lake bottom, docks, etc.). We should expect most rocky surfaces in the southern basin to be completely covered in zebra mussels within a few years. This is also true for docks, watercraft, water intakes and other infrastructure that are left in the lake for long periods of time. The implications of zebra mussels for the ecology and fisheries of Lake Winnipeg are going to take longer to appreciate and will require careful monitoring. 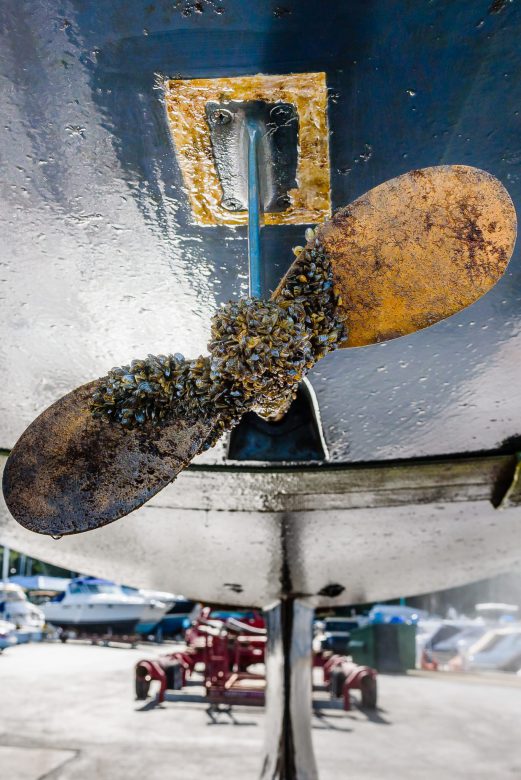 In the meantime, what can the public and other lake users do?

All lakes in proximity to the Lake Winnipeg watershed are now at risk of being invaded, so the most important action that individuals can take is to ensure that they thoroughly clean items (boats, boat trailers, buoys, etc.) removed from Lake Winnipeg before placing them in another water body. Second, boat hulls, motors, water intakes and other “in lake” infrastructure will likely require increased maintenance. Third, if you live or access areas of the lake where adult zebra mussels are found, you should be cautious and wear correct footwear in the water. The shells of the mussels can be quite sharp when stepped on and can easily cut exposed skin.